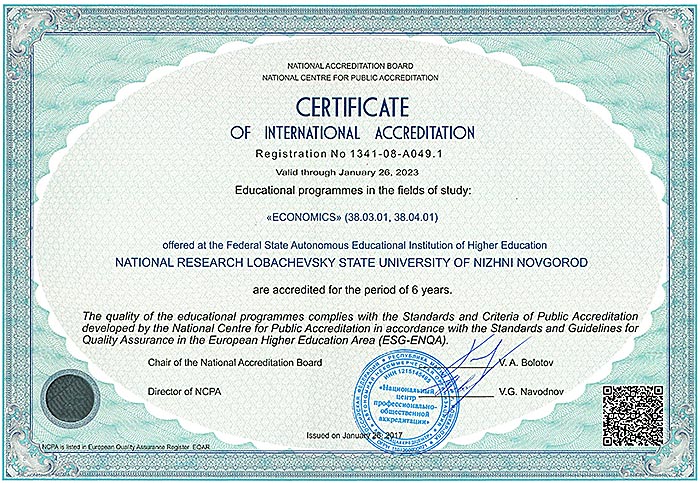 Russian-French University (the FSR rating) is a major international educational project, implemented since 1995 at the faculty of Economics in Lobachevsky State University of Nizhni Novgorod  (UNN) and at the Translation and interpreting Department in Linguistics University of Nizhny Novgorod (LUNN).

The EPL is a big educational project involving the training of economists, speaking fluently two European languages (English and French) and receiving two diplomas of higher education. For the Russian Federation such a program of training professionals in Economics is unique.

Students enrolled in the program of the EPL, are students of two Russian universities-partners, so they have the possibility to gain two qualifications – economist and translator.

The training program provides a unique opportunity to combine fundamental education in Economics in one of the leading universities of our country and language training of the highest level. The graduates work not only in Russia, but also abroad (in multinational corporations, commercial banks, government bodies, large domestic enterprises).